Combining the grace of a dancer’s choreographed movement and the ease of a yogi’s steady pose, Sky Ting Yoga Co-founders Krissy Jones and Chloe Kernaghan have harnessed a new kind of zen in their studio. Both with dance backgrounds and a passion for creative expression, the Co-founders have made Sky Ting more than a studio—it’s a thriving community that seeks to provide a space for teachers and students alike to chill out in bustling New York City.

At their three locations in Chinatown, Tribeca, and Brooklyn, Jones and Kernaghan are making time for play and peace. A defining characteristic of their studios is the blending of various traditions, including Taoist, Hatha, Vinyasa, and Katonah (which itself incorporates mythology and geometry) into an expressive practice well-suited for beginners and experts alike. World travelers themselves, Jones and Kernaghan have pulled from numerous world cultures and thoughtful design to create a singular experience through their classes.

Even the name Sky Ting itself is an ode to the studio’s creative intercultural approach to yoga. In Chinese, Ting refers to a place, while in Jamaican patois, Ting means “thing.” The overall meaning is up to interpretation—floating somewhere between a place like heaven, or a celestial body like a shooting star, a bird, or a planet. The end result is an artful studio with plenty of space for freedom of expression, human connection, and some yoga thrown in for good measure.

What was the inspiration behind opening your studio?  Why did you decide to go into business together?

Krissy Jones (KJ): I’ve always wanted to own a business of my own. I loved the idea of building a community center in which I could be creative, teach the way I want, and design the space to feel good. One New Year’s Eve (2014–15), I was making resolutions on a napkin and wrote that I wanted to open a studio that year.

Two weeks later, I looked at a space on Craigslist and signed a lease. I showed Chloe the space a few weeks later and told her about the vision, and convinced her to start the company with me. I knew it would be better and more fun with her on board. We had been working together in teacher training programs and yoga retreats already and we knew we worked extremely well together.

We opened Sky Ting in July 2015 with the hope to blend good design with amazing yoga, to be accessible, and to build a real community where we know our students walking in the door and we’re giving them tools to handle life with more ease and grace. We opened in Chinatown in a neighborhood that didn’t have much at the time, but exciting things were starting to bubble up. We believed in the neighborhood. Shortly after opening, our classes started quickly selling out and we needed a bigger space to grow into and eventually run a teacher training program. We opened Tribeca one year later, and Domino a year after that. All self-funded without investors.

How can people explore with yoga? Can it be a form of self-expression?

KJ: Absolutely, there is so much to explore in the depths of yourself. You can spend your whole life working on one pose—learning about the details and connections—or learning the patterns of your mind and seeing where your mind goes when left unattended. It’s endless. And the more yoga I do, the more fascinating it becomes to learn about how beautifully interconnected the body, breath, and mind are. It really is a practice of self study and self observation, and the more you explore your mind, body, and breath, the more control and freedom you have in life to do other things more effectively. The point of yoga isn’t to sit in a room and do postures and meditations, it’s to apply this inner knowingness outside in the world and live with more grace and ease. The yoga practice helps free up mental space and keep your body functional and easeful so that you have more energy and space to explore and do whatever else you love doing in life.

Have your travels influenced your yoga and business practices? In what ways?

Chloe Kernaghan (CK): Definitely! Krissy and I are both world travelers. We love going around and seeing other cultures, and especially going to yoga studios in foreign countries and practicing in languages that aren’t our own. It’s so wonderful to see what people outside our bubble in New York are teaching and so fun to learn new techniques from others. We often travel to lead yoga retreats, and those are also super informative—bringing together a group that might otherwise never meet and hanging with one another to see how the practice really does bring people together for shifts and transformations. When we’re able to teach and share some of Ting outside of our studios we always learn something: how to be better communicators, how someone might do something different that we can bring back to New York, and really how universal yoga techniques are.

Why did you decide to open in New York? How does your location in New York City create unique opportunities and challenges?

KJ: We lived in New York City so that’s where we opened the studios, hah. I love New York and knew I wanted to create a life here. In a way it was easy to create a fitness studio in a place that already had a booming workout culture. We didn’t have to sell anyone on why they should do yoga, it’s a necessity to workout or have an outlet to pour out stress if you live in this city. And the media attention we got here is something I don’t think we would have had anywhere else. I don’t think Vogue and New York Times would write about us if we opened first in D.C. or Boston. But New York City is especially challenging when it comes to the costs of building, permitting, and dealing with lawyers and landlords. We have some hilarious and crazy stories about our leases that I’ll keep private for now (write back to me in five years when our lease is up)!

Do you have any tips for travelers to stay mindful? How can they find the time and place to do yoga or meditate while on the road?

CK: When traveling, a little goes a long way. Even if it’s just 5–10 minutes in the morning, waking up the spine with a few cat-cows and a downdog, tapping into the breath and moving the body will almost guarantee you a smoother transition from your home base to somewhere new. If you travel a lot and have a tough time doing a home practice on your own, I’d recommend joining a streaming service or meditation app to help guide you—we’re actually launching our Sky Ting TV platform in the near near future. We’ll have a range of videos—different skill levels, different time lengths, meditation videos, pranayama videos… could be a good option for the traveler!

Why do you pull from diverse cultures, practices, and even mythology or the esoteric when designing your yoga curriculum?

CK: I think now more than ever it’s important to recognize the connections we all have to each other. While cultures have developed on their own (to some extent) and practices and myths are specific to groups, when you zoom out to the larger picture you see the similarities of everyone just trying to figure out who they are, why they’re here, and how to live a full life. We don’t see any one practice as better than another. In the global market and conscience in which we’re all involved, I think it’s important to continue to develop and progress what we’re teaching and how we’re teaching it. To us, it makes a stronger practice to braid in new ideas and techniques—and it’s also fun to mix it up!

Where do you find inspiration when creating a new yoga flow or routine? What tips would you offer to students looking to deepen their own practice?

KJ: Chloe and I are decent teachers only because we make it a priority to seek out mentors and other disciplines that inform our practice and teaching style. To me, building classes is a way to be creative. I pull inspiration from my own experiences, art, and metaphors, and blend all of that into my class. For those of you looking to deepen your practice, seek our real teachers who teach instead of instruct. You want to find someone who has something to say beyond just leading you into proper alignment. A teacher training program is a great way to learn more about the history and philosophy behind yoga, go deeper into anatomy, meditation, and learn why we do what we do in the classroom. Doing a yoga retreat with a good teacher is another great way to go deeper, spending a lot of one-on-one time with a teacher and asking all of your questions over the course of a week.

Be sure to follow Krissy Jones and Chloe Kernaghan on Instagram to keep up with their latest creative endeavors. 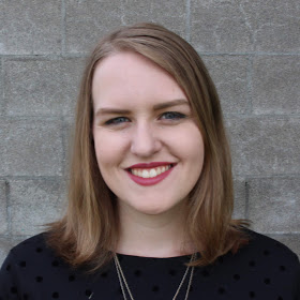 Alexandria Baker is a content writer and editor with a passion for storytelling, wordsmithing, and more wanderlust than she knows what to do with. A graduate of Western Washington University, she has worked on publications ranging from campus newspapers to foreign policy research. Her work can be found online at alexbakerwriting.com.
PrevPreviousTide-to-Table: Dining in the Moment with Outstanding in the Field
NextTop 5 Sustainable Beauty Brands for Conscious ConsumersNext
Instagram
Facebook
Pinterest
Linkedin